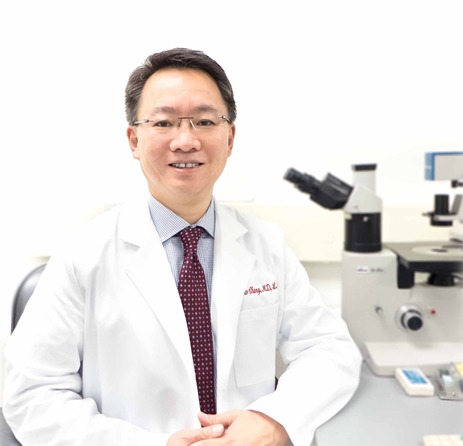 Dr. Chang (Yange Zhang) was born in Beijing, China and moved to U.S.A. in January, 2000. He graduated from Medical School at Norman Bethune University of Medical Sciences (China) with his M.D. in 1990. He received his Gastrointestinal Surgeon Certification at the College of Medicine, Beijing University (China) in 1990. In 1990, Dr. Chang joined his father, the Chairman of the Department of Gastrointestinal Surgery at the College of Medicine at Beijing University in China. He began working in the Department of Pathology at the Ohio State University College of Medicine in February 2012. He has also practiced acupuncture in China, Japan, and now in Ohio, totaling over 25 years of experience.

Dr. Chang and his wife, Vivien Ou Yang, reside in Lewis Center, OH and are the proud parents of Martin, who is a U.S. Naval Academy graduate, and a Naval flight officer.